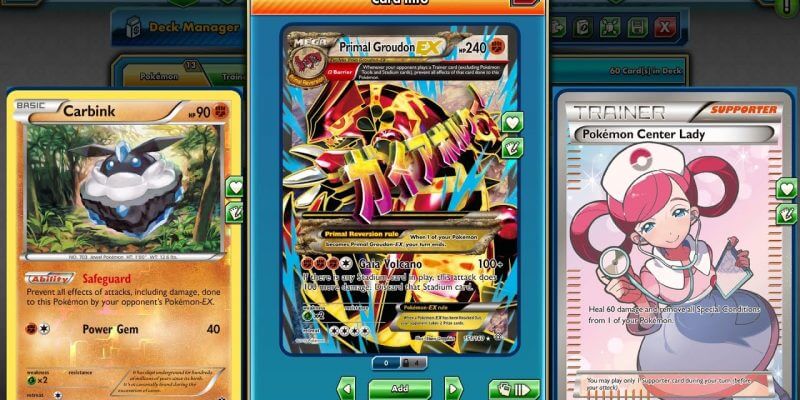 Golem belongs to the first generation and is a secondary type Pokemon. It made up of 2 elements: rock and ground. Golem is the final Geodude form after evolving from a traded Graveler. It uses its spinning ability as a rock to deal huge damage on its opponents. It has high attack and defense stats. He has a rock hard shell on his back that makes him resemble a large boulder. Golem’s arms and legs are shorter with claws on them. Its rock hard shell protects it from any dynamite harm. Also, it has a rock head ability that prevents it from recoiling.

Steelix is a 2nd generation Pokemon made up of ground and steel elements. It evolved from Onix and can further evolve into a more powerful form of itself called Mega Steelix. It usually lives underground near mountains and in caves. Steelix has a very high sky defense, but the other stats are overall low. Its body is long and divided into gray-colored rocky sections just like Onix. Steelix has a huge head with square teeth. You can transform Steelix into a Mega Steelix in Omega Ruby and Alpha Sapphire.

It’s a 1st generation Pokemon and is made up of 2 elements i.e ground and poison. You can obtain a Nidoqueen by use of a Moon Stone from a Nidorina. It uses its hard scales to protect itself from external attacks. Her overall stats are average, and she is best used when up aginst electric type Pokemon. This is because of her powerful attack, Earthquake. Her body is largely blue, and the head has large round ears with 2 small horns in the center. She is bipedal and has 2 armored lumps on her upper chest. She attacks by emitting large quantities of venom and uses her Body slam move to paralyze her enemies. Her other powerful moves include Mega Punch that she uses to finish off her enemies.

This is a pure ground type Pokemon meaning it’s only made up of ground elements. It is a 1st generation Pokemon that evolved from Sandshrew. There’s a secondary type Sandslash called the Alolan Sandslash. It is made up of a mixture of Ice and Steel elements. However, we’ll concentrate only on the pure ground type Sandlash. Its physical structure resembles that of a squirrel because of its sharp thorns around its body. Also, it has huge claws that it uses for burrowing. It has an overall average base stats.

They are literally 3 Digletts merged into one body. This 1st generation ground type Pokemon evolved from Diglett to become Dugtrio. They’re usually in tunnels or caves. They have overall low base stats, but their speed is amazing. Dugtrio have the same appearance save for their varied heights. Compared to Diglett, they make bigger holes; this is because of their increased size after the evolution. Moreover, they are more aggressive to their enemies compared to Diglett. They attack very fast in case of provocation. Their abilities are the same as Diglett, and they use them to trigger earthquakes or tremors.

Nidoking is a secondary 1st generation ground type Pokemon. Just like the Nidoqueen, it evolved from Nidorino by use of a moon stone and is the final evolution form of Nidorin. It’s made up of 2 elements i.e poison and ground elements. Most players prefer using Nidoking when they’re up against Ash. By use of his Rivalry ability, he can increase his Attack stat by up to 50% when fighting against other male Pokemon. Unlike her female counterpart, Nidoking is purple with very large horns and large ears. Also, his tail is large, and his arms have 3 fingers.

This is a 4th generation pseudo-legendary Pokemon. It’s a secondary ground type Pokemon made up of dragon and ground elements. It evolves from Gabite at level 48 and is the final evolution form of Gible. Also, it can further evolve into a much powerful form called Mega Garchomp by use of Garchompite. Its body is covered in red and dark-blue color and has 2 horn-like appendages on its head. The arms have 2 claws each, and the claws further extend into scythes. It has very high attack stats and can sense prey from far. The main difference between Garchomp and Shiny Garchomp is that Shiny Garchomp is orange and dark green in color.

Rhyperior is a 4th generation dual-type Pokemon. It is made up of rock and ground elements. It evolves from Rhydon by means of a trade. Rhyperior has 2 horns on its head and a club-like tail. It has holes in its palms that it uses to insert rocks in them then fires them as bullets. Moreover, its base stats are very high, especially its defense and attack attributes. This makes it one of the best ground type Pokemon.

It’s a 3rd generation amphibious quadruped Pokemon. Swampert is the final form of Mudkip after evolution and can further evolve into a Mega Swampert by use of a Swampertite. It resembles a Mudskipper and has a long bluish body with a light blue underbelly. Swampert has a Torrent ability that boosts its water-type moves. This ability changes to Swift Swim after it mega evolves into Mega Swampert.

It belongs to the 3rd generation and is a legendary Pokemon. Groudon serves as the mascot of another Pokemon by the name Ruby. With Red Orb, Groudon can turn into a Primal Groudon. Primal Groudon is an evolved form of Groudon that is much stronger and more powerful. A Primal Groudon is said to cause volcanic eruptions with just its feet. Groudon stats aren’t that disappointing either; it has high attack and defense stats which makes it one of the best ground type Pokemon. Primal Groudons are immensely powerful and have spikes on either side of their bodies. A Groudon takes the shape of a dinosaur and has jagged teeth.