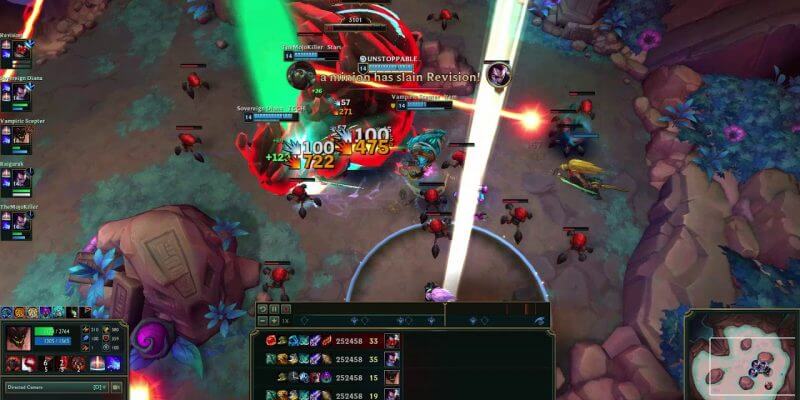 Any player who wants to advance in-game missions must have the best Sona augments to proceed. The augments you choose to use will affect the outcome of your mission, depending on your game mode. Most players don’t have the exact idea of what they should build on Sona. Listed below are the best Sona Augments in League of Legends.

When starting in the game and you have few augments at your disposal, this is the augment to use. In the first few rounds, Flurry’s abilities work well. However, if better augments are available drop Flurry since it’s not very useful to Sona. This augment uses Song of Celerity’s active to block projectiles from hitting you and your team. Furthermore, it turns these projectiles into Aria of Perseverance’s healing power for your allies.

When you’re facing new players with better tactics than you have, you may incur more damage than you had perceived to. Benediction is that one Support Sona augment needed when one of your teammates is much weaker than the rest of the team. It comes in handy when one allied champion is critically wounded and needs healing. Other than healing Sona, Benediction can ensure you stay much longer in the game by providing healing for one additional ally. All Sona augments with Aria of Perseverance have an in-built power to heal, and Benediction enhances that.

Drop has multiple bonus points for players, making it one of the valuable Sona augments to use early in the game. Players that build their Sona around this augment have a 33% enhanced AoE with a 5% bonus healing. It has a 50% cooldown reaction for Crescendo and further resets Aria of Perseverance’s cooldown. For all this to occur, all the Power Chord’s effects are modified. It is best used in the first few rounds of the game and not on higher difficulties.

Oasis healing abilities are extra-ordinary. It is the augment with one of the highest base heals among all Sona odyssey augments. As we all know that augments with Aria of Perseverance’s aura have high healing power, Oasis is no exception. The augment uses this aura to pulse and heal all nearby allies continually. Moreover, players that build on the Oasis augment are guaranteed a 6% ability power increase of their health per second. This largely depends on the level reached by the player. However, this augment loses its power when you switch your abilities.

Many players that build on Sona rather than Yasuo augments often get a headache when it comes to Crowd Control ability. This happens especially when they’re facing enemy mobs, and they do not have CC power. With Hyped, your CC gets boosted, and you can easily wipe out enemy mobs or control active mass groups. Hyped is an amazing Sona augment when you’re facing a large number of enemies. This augment utilizes the Song of Celerity aura to cleanse allies of crowd-control. Moreover, players get their bonus movement speed tripled for 3 seconds. If you’re able to evade any Damage, the bonus movement speed can last for 7 seconds.

Often players make the mistake of using this augment on support Sona. The truth is that Boisterous doesn’t quite work well with support Sona since much of its abilities get limited. Players that use Boisterous on support Sona die easily, especially when faced with an active mass group of enemies. Even so, Boisterous is a good Sona augment to build when you intend to deal great damage in battle. It has the Power Chord ability that increases damage output on all nearby enemies. This occurs when 3 basic abilities get cast.

Cadence is one of the Best Sona augments as it gives you more damage per second output than any other Sona odyssey augment. Additionally, it offers players a crowd control ability; hence, they can control the number of people actively making the combat much more viable. Cadence complements the power of concerto using its Power Chord ability. When Sona plays the irresistible Crescendo chord stunning enemies, Cadence can use its Power Chord’s ability to lower the Crescendo cooldown. This happens after Cadence casts 2 spells. The cooldown reduction increases the damage output, thus a high DPS.

Concerto deals great magic Damage to all nearby enemy champions. It is one of the most powerful Sona augments as it can hit multiple targets at once. All enemies struck by the power of concerto deals up to 50% damage. This augment utilizes the incredible power of Crescendo, which is a powerful chord played by Sona in the direction where your enemies are. It stuns them for about 1.5 seconds, striking affected targets with magic damage. Crescendo spews out the fire in up to 8 directions hence increasing the Area of Effect damage. To realize its full potential try pairing it up with other augments.

The good thing about the clutch is that you can obtain it very early in the game. It is the only augment apart from Hyped that I highly recommend for anyone playing Support Sona to use. Clutch will help you and your teammates maintain your Health points by shielding you from enemy attacks. Even better, it can further increase you and your allies’ Hp in combat. This is because it gives you and your teammates adequate time to heal and regain your health. The shield’s power increases by up to 200%, depending on the missing health of your target. It is one of the few Sona augments that utilizes the power of Aria of Perseverance’s.

The majority of players who try to play the Onslaught mode with Sona augments often fail or die early in the game. Among all the Sona augments I’ve used to play the Onslaught mode, this is the only augment that can run the mode. Well, this gets attributed to the fact that Rhythm has the highest damage per second output compared to the other Sona augments. To realize its full potential try pairing it up with other augments. Rhythm resets Hymn of Valor’s cooldown upon casting of another spell. As a result, players that build on Sona odyssey augments receive a huge burst potential.